There can be few more symbolic locations to hold a project meeting related to EuroVelo 13 – Iron Curtain Trail then Gdańsk – home of the Solidarity (Solidarność) movement, which played such a key role in bringing down the iron curtain.

Representatives of the 8 partners in the Iron Curtain Trail Experience project, co-financed by the EU through the COSME programme, met in the wintry capital of the Pomorskie Region of Poland at the beginning of 2017 for the latest meeting in this ongoing project.

The main topic of conversation was the new app being created for the most developed sections of EuroVelo 13 – Iron Curtain Trail.  The partners were able to test and give feedback on the current version of the app, which is now in an advanced stage of development.  Once completed the app will provide inspiration and information for people planning to cycle along part (or all) of the route between Latvia and the Austrian/Hungarian border.  The tool will also encourage repeat visits through its rewarding system which allows visitors to ‘check in’ to points of interest related to the theme of the route along the way.

The partners also got to see a preview of the new promotional film being prepared to communicate the route, as well as, other marketing material (e.g. professional photo shoot of the route in Poland and the new transnational Iron Curtain Trail Communication and Promotion Strategy).

After the meeting, the partners visited the new European Solidarity Centre (Europejskie Centrum Solidarności) a spectacular interactive museum presenting the fascinating history of the Solidarity movement.  The Centre will be one of the points of interest where visitors can ‘check in’ through the rewarding system, once the app is launched at the project’s final conference in April. 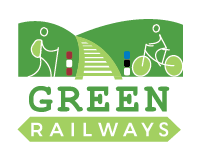