On June 6th 2014 within the Estonia Latvia Russia crossborder project “Regeneration of parks as an integral part of cultural heritage” the scientific and practical workshop “Preservation and use of the historical gardens and parks” was held in the exhibition hall “Smolny” in St. Petersburg. Representatives of the museums of St. Petersburg and Leningrad as well as the Latvian delegation participated in the workshop.

Head of the State budgetary institution of culture “The museum agency” greeted the workshop participants. The information on the Project’s implementation was provided by the beneficiary and the head of the Vidzeme Tourism Association (Latvia) Raitis Sijats. The issues on the complex restoration of the historical park of the State historical architectural and natural museum “The Monrepo Park” and the possibility and the need of attracting citizens to restore and preserve parks having the fortress museum “Korela” taken as an example were being discussed during the workshop, with special focus not only on the problems and difficulties of gardens and parks restoration, but also on their further usage.

All this and the confluence of the past and present in the mansion parks were the issues being spoken of by the head of the mansion museums “Rozhdestveno” and “Suyda” Irina Avikainen, chief curator of the Gatchina park Anna Parkalova, head of the mansion museum of Nicholas Roerich in Izvara Olga Cherkasova. The day before the workshop the Latvian delegation visited the mansion museum “Rozhdestveno” and the discussion on the preservation and use of parks begun then, in the mansion park. The questions on specificity of healing, treating, preserving and inspecting the old trees in the historical gardens and parks were of particular interest, Irina Potan’kina, the deputy CEO of the “PiK” company, presented the summary on the implemented project in the Summer garden. The Latvian partners of the project made presentations not only of the museums and parks of Latvia, but also the landscape projects of Gulbene (Valda Vorza), Vecpiebalga region (Radziņa Vineta), of Smiltene region (Cīrule Baiba) and many others.

It turns out that difficulties that the project’s partners face during the parks and gardens restoration are quite similar. The main actions performed within the project aimed on promoting the “green” touristic route Latvia-Estonia-Russia were also discussed during the meeting as well as participation in international tourism exhibitions, the upcoming events within the project, the possibilities of closer cooperation of the Leningrad region municipalities’ administration in implementing the project. Such gatherings – workshops do conduce strengthening of collaboration and interaction between various cultural spheres of the regions participating in the project in preserving historical and cultural heritage.

From 5 to 8 June working seminar was held in St.Petersburg (Russia) to exchange and share experience in preserving historical and cultural heritage. Specialists from Leningrad Region Museum agency introduced achievements in management of historical parks and gardens, estates. In return, experts from Vidzeme Tourism Association together with culture, tourism and development specialists from 10 local municipalities of Vidzeme Region presented their tourism offers and green cultural heritage.


During exchange visit seminar participants from Latvia and Russia took part in Alexanders Pushkin celebrations in Gatchina, in mansion museum „Rozhdestveno” and the mansion "Suyda" of the Gatchinsky district. Participants also laid flowers at the grave of the grandfather of Alexader Pushkin and visited Alexander Pushkin’s Nanny’s House.

As previousely reported, Vidzeme Tourism Association within activities of the project „Green Heritage” has issued new green cultural heritage map, where for the first time in one green heritage route St.Petersburg, Pskov, Rapina, Gulbene and Riga are united. 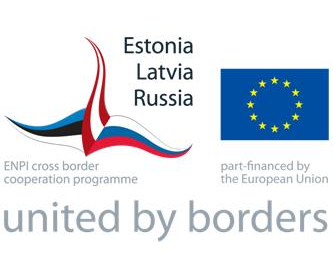 This document has been produced with the financial assistance of the Estonia – Latvia – Russia Cross Border Cooperation Programme within European Neighbourhood and Partnership Instrument 2007 – 2013. The contents of this document are the sole responsibility of Vidzeme Tourism Association and can under no circumstances be regarded as reflecting the position of the Programme, Programme participating countries, alongside with the European Union.